NEWS
You are here: Home1 / NEWS2 / Jurupa News3 / Start-ups are taking over CES 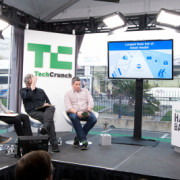 The Consumer Electronics Show keeps on growing. Several years ago the show outgrew the massive Las Vegas Convention Center and started using part of the Sands Expo Center several blocks away. They called it Eureka Park and made the exhibit space less expensive in a bid to attract startups to the show. It worked. And it’s bigger than ever with startups filling both levels of the Sands.

CES is now a startup show. Avoid the nonsense of the LVCC and head over to the Sands Expo Center in the Venetian. This is where the interesting companies are located this year. This is where you’ll find startups making new wearables and smart home tech. It’s where small companies are displaying their new 3D printers and craving attention.

The only downside? You’ll miss Samsung’s latest refrigerators and the sad booth babes employed by car audio companies that dot the North Hall.

CES 2016 is the largest to date with 2.5 million square feet of exhibit space. The CEA, the organization behind CES, expects 20,000 new products to be unveiled at this year’s show. It’s also quickly becoming an auto show and this year’s event features nine out of the top ten automakers exhibiting. Plus, Faraday Future is finally taking the wraps off its plan.

Young startups (or those tight on cash) have long attended CES, but not many did so in an official capacity. Founders would attend the show in partnership with a key partner such as Intel or Microsoft or NVIDIA. Or, they would simply get a suite in a local hotel and invite press for a drink and demo. Both still happen, but a quick browse of the Sands Expo Center exhibitors reveals that many startups are getting small booths.

There’s Atlas Wearable, Blocks and Double Robotics. Ring and Roost. Withings and Fitbit are there, too. 3D Systems has a large booth, but is surrounded by smaller 3D printing companies like Formlabs, MarkForged, and Voxel8. There are sections dedicated to the smart home and wearables and robotics — all away from the main convention center. Even Techstars and Indiegogo have booths at the Sands.

There’s now halls filled with rows and rows of startups barely out of crowdfunding vying for buyers and suppliers and the press to take notice.

It’s important to remember that CES is not open to the public. It’s a trade show primarily existing for members of the industry and those like these start-ups hustling their way into the industry.