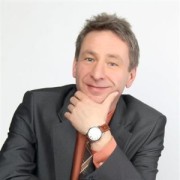 JAMF Software, the leading worldwide provider of Mac OSx and iOS management have once again opted for Jurupa’s assistance in filling a critical role in their EMEIA team. Following on from previous successes, Jurupa executed a focused and targeted campaign and are delighted to announce that Michael Hiebinger formerly of ComputaCenter and Oracle will be joining the DACH team on June 1st as their Regional Channel Manager.

Commenting on the successful completion of the process, Founding Director Aaron Davies commented “Having worked in close partnership with JAMF since the early days of our business, we have been responsible for supplying both their VP Sales, EMEIA (Michel van den Berg) and their first hire in the Nordics (Regional Sales Manager, Peo Strindlund.) To be selected for assistance with what is another key hire for the company reflects positively on us. We wish JAMF the very best of luck on their continued path to IPO.”

Jurupa assist Ixia Technologies with their first hire in Italy