NEWS
You are here: Home1 / NEWS2 / Jurupa News3 / Microsoft to buy LinkedIn for $26B in cash, makes big move into enterprise... 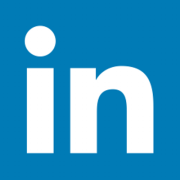 Huge news today in the world of M&A in enterprise and social networking services: Microsoft has announced that it is acquiring LinkedIn, the social network for professionals, for $26 billion, or $196 per share, in cash. The transaction has already been approved by both boards .

LinkedIn is keeping its branding, and it will become a part of Microsoft’s productivity and business processes segment. LinkedIn’s CEO Jeff Weiner will report to Satya Nadella.

“The LinkedIn team has grown a fantastic business centered on connecting the world’s professionals,” Nadella said in a statement. “Together we can accelerate the growth ofLinkedIn, as well as Microsoft Office 365 and Dynamics as we seek to empower every person and organization on the planet.”

“Just as we have changed the way the world connects to opportunity, this relationship withMicrosoft, and the combination of their cloud and LinkedIn‘s network, now gives us a chance to also change the way the world works,” Weiner added in the statement. “For the last 13 years, we’ve been uniquely positioned to connect professionals to make them more productive and successful, and I’m looking forward to leading our team through the next chapter of our story.”

And as you can see from the photo above, Reid Hoffman, one of the co-founders and current chairman, is behind the deal.

“Today is a re-founding moment for LinkedIn. I see incredible opportunity for our members and customers and look forward to supporting this new and combined business,” said Hoffman in a statement. “I fully support this transaction and the Board’s decision to pursue it, and will vote my shares in accordance with their recommendation on it.”

The acquisition is a big one for both sides. For Microsoft, it’s bringing a key, missing piece into the company’s strategy to build out more services for enterprises. Today, the company is focused squarely on software (and some hardware by way of its very downsized phones business). LinkedIn will give it a far bigger reach in terms of social networking services and professional content — developing further along the lines of the communications products that it spearheaded with its acquisition of Yammer.

For LinkedIn, it puts to rest questions of how the company would ever compete with companies that are building more software on top of their social graphs that would put it into closer competition against LinkedIn. For a while, it looked like this was the direction that LinkedIn hoped to develop, but more recent problems with user and revenue growth, and a subsequent drop in share price, has put the company on the defensive.

Intel Disrupted: Why large companies find it difficult to innovate, and what...
Scroll to top