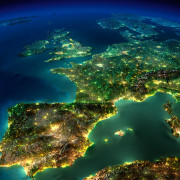 Europe is considering changing its copyright law. At first blush, you might think this couldn’t possibly affect the way you debate the news of the day online, upload family videos or run your start-up. But popular proposals at the EU would strike at the heart of the internet’s openness and accessibility as a platform by raising new barriers to interactive online services around the world.

The goal of these copyright changes is to adopt new protections for publishers and artists. But if they are put in place, the burdens they would place on internet platforms would curtail the kind of quick uploading, sharing, commenting and responding that makes the Web so useful. Additionally, we have no reason to believe that these new plans would actually benefit the journalists and artists in whose name the measures are being proposed.

Take one proposal: a fee payable to news publishers when online platforms such as search engines and news aggregators reproduce even short excerpts of news, typically accompanied by a link to the original article (hence the proposal has been called a “link tax”.)

Although the link tax is intended to address a real problem (declining revenues of news publishers has affected their ability to fund quality journalism), similar laws introduced in Germany and Spain further decreased publishers’ revenue by reducing their traffic from links on third-party websites.

A second European proposal would create a new obligation for websites that host content uploaded by users to install automatic filters to scan that content for matches with copyright works, as a basis for new revenue-sharing arrangements that they would be forced to enter into with copyright owners.

Among many problems with this second “upload filtering” proposal, not the least is that it may contravene European law, which explicitly disallows any obligation on internet platforms to conduct general monitoring of what their users do — which this proposal seems to require. There also are insurmountable problems with entrusting algorithms to distinguish infringing uses of copyright materials from legal ones.

The exact language of the two proposals is in flux, because they are each the subject of ongoing compromise negotiations between three institutions of the European Union. Those contentious negotiations were due to wrap up next month, but signs point to a likely extension.

However, should these measures pass, it won’t just be European internet platforms that are affected. Indeed, they are largely aimed at U.S.-based internet companies, which are distrusted and resented in Brussels. (Though it’s worth noting that when the Spanish version of the link tax passed into law, Google responded by shutting down its Google News service in Spain rather than paying the tax.)

Yet a lot more is at stake than the fate of Google or Facebook. Those companies at least can afford the cost of complying with (or avoiding) Europe’s copyright proposals. Smaller businesses can’t. For example, medium-sized internet platforms pay between $10,000 and $25,000 a month in licensing fees for a common tool that conducts a copyright scan of uploaded audio files, an impost that could wipe out a new start-up.

Also, bad European copyright law has often heralded damaging changes to American copyright legislation. It was Europe that in 1993 first extended the term of copyright protection to 70 years from the death of the author, beating America by five years. European countries were also the first signatories to the most important international treaty on copyright, the Berne Convention, which America only adopted a full century later.

The same could be happening again, as Europe considers changing its copyright law to adopt new protections for publishers and new burdens on internet platforms — changes that, if adopted across the Atlantic, could be a prelude to the adoption of similar measures here as well, with harmful consequences.

In its zeal to advance the interests of copyright owners, Europe should be careful that it does not wreak long-term damage to the internet ecosystem by making it harder for start-ups and small enterprises to innovate and succeed on either side of the Atlantic.

How to secure your dream job