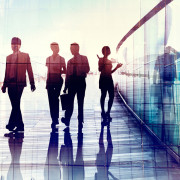 Everyone loves a Silicon Valley success story. Why, then, do media businesses in the UK have such a tough time getting the support they need to grow?

Despite the huge opportunities in media, it remains a risky business for financiers, and it’s no secret that while the amount of online content is booming, the people who publish it are struggling. Unsurprisingly, the problem isn’t creating quality content; it’s getting readers to pay for it.

Thanks partly to the proliferation of ‘click bait’ and our growing ability to turn a blind eye to ads, ‘per-click’ revenue isn’t worth what it used to be. Prash Naidu, CEO and founder of marketing agency Rezonence, explains: “Advertisers see it like this – publishers are selling them a big bag of apples, but only one apple in that bag is good; the rest are rotten. A user might land on a page, but it doesn’t mean that they’re paying attention, or even sticking around past the fold.”

Research by video advertisers Teads also found that increased downloads of ad blockers could have a £14bn impact on online advertising revenues this year alone. That’s without taking into account Apple’s revelation recently that the upcoming iOS9 will support ad-blocking add-ons officially for the first time.

It doesn’t help that some of the biggest names in publishing have struggled to make the switch to online profitable. “Publishers are generally seen as distressed assets,” says Prash. “Newsrooms have halved since the 1990s and traditional publishers are making a fraction of the revenues they made in print. Unless things change, the writing’s on the wall.”

The big funding question
Although the sector may seem to be in disarray, where there is chaos, there is opportunity. From fledgling platforms to new advertising models, new media firms are rising to the challenge, creating innovative ways to profit from online publishing and help the sector shrug off its ‘distressed asset’ label. Yet even these innovative young firms can struggle to find start up and growth funding through traditional channels.

Dale Lovell co-founded Content Amp in 2010. Last year, Content Amp merged with Adyoulike to create a native advertising firm turning over £10m a year; a figure set to double in 2015. With its low impact on user experience and high engagement rate, native advertising is becoming an increasingly popular form of online ad revenue. It’s at the core of several successful online media business models, such as Buzzfeed and Huffington Post.

“When we started Content Amp in 2010, we basically bootstrapped it,” Dale explains. “We set up at the height of the recession, so access to funding was obviously going to be difficult. After a year or two we secured a small overdraft but all of our growth came from money we made. Could we have grown quicker with access to funding? Absolutely.”

Similarly, when Prash and the team at Rezonence created FreeWall – a free access alternative to paywall whereby users pay with brand engagement rather than cash – securing funding was far from simple.

“Getting funding for us was difficult, but not impossible. We had fairly low costs and a small, manageable business model. We then got onto BBC Labs, so could benefit from free office space. Otherwise, we pretty much operated on a shoestring. Gradually we built up a few clients here and there, until we could show investors that our business had legs.”

With the FreeWall model, Prash hopes that online media firms will be able to show investors that they, too, have legs, and can build a stronger business model with real advertising revenue potential. However, with more and more alternatives like FreeWall and native springing up, gauging which company is creating the next big thing and who will fall by the wayside can be a difficult call for financiers.

Naren Patel, CEO of Primesight, explains: “The problem is that there’s often a lot of chat about the next new thing, but it’s difficult to know what will have staying power. Over the last few years in the out-of-home sector, we’ve had QR codes, beacons, we even had a digital billboard with Lucozade that synchronised with car radio adverts. All of these ideas have been successful, but it’s hard to know for how long. It makes fundraising difficult for creators of these new formats, no matter how great the idea is.”

Access to bank funding has often be hampered by a lack of understanding of the sector, not just in terms of trends but also business models and profitability.

“It can be difficult for banks and investors to understand how money is made in digital media; it can be quite abstract,” says Dale. “Over the next few years, I think financiers will start to understand the space a lot more. I think you’ll see good banks doing everything they can to learn about the opportunities in media and publishing, and how they can better support the sector.”

Royal Bank of Scotland is one bank who wants to support game-changing media businesses. Mark Middleton, corporate director, technology, media and service, explains: “We recognise that the media landscape is constantly changing and see just how important it is to innovate and identify new opportunities.

“At RBS, we have formed a specialist media team to work closely with companies in the media and tech sectors to understand their needs and tailor appropriate funding solutions. In order to achieve further growth and success, many companies require support with access to funding and it is here that we can support this sector.

“The forthcoming roundtable discussion will provide a great platform from which to understand the media and tech industry in much better detail – hearing from some key industry players about the things that really matter to them.”