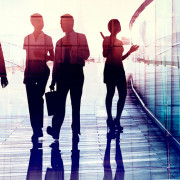 Carwow, the U.K. site that claims to offer a better way to buy a new car, has stopped off for some further funding. The four year-old startup has raised a £12.5 million Series B led by Accel, who I understand tried but failed to get in on the last round.

Founded in late 2010, Carwow originally launched as a car review aggregator before hitting on the idea of providing a platform to improve the experience of buying a new car. It allows consumers to compare offers online and buy directly from ‘trusted’ dealers that are registered with the platform, specifically avoiding the arduous but otherwise necessary requirement to haggle over price and in a way that potentially introduces a lot more transparency.

That because, says co-founder and CEO James Hind, car buyers traditionally turn to their nearest dealership who provide a headline price and follow up with a claimed discount. However, as a customer you rarely have much data with which to compare that offer and can’t be sure if you’re getting a good deal. Instead, Carwow turns the model on its head.

Users “build” the car they would like to buy — specifying make and model/features etc. — and then receive offers direct from dealers through the Carwow platform. They can then quickly compare offers by price, location of the dealer, reviews of the dealer and what’s actually in stock. It’s then up to the buyer to decide whether to contact a dealer based on their offer, which they can do via anonymous messaging through the Carwow platform.

In addition, Hind tells me dealerships, perhaps after a little resistance, have taken to the model because the leads that Carwow sends them are of extremely high quality. Once a customer has gone through the site’s funnel they not only have a much better idea of the car they want to purchase and any extras but their ‘intent’ to purchase is absolutely beyond doubt.

To that end, with fresh capital in the bank, Carwow is planning to significantly increase spend on marketing as it continues to build awareness of the brand. This includes TV advertising — which has already begun — to compliment other channels such as online. Hind says that the startup’s typical customer tends to be older and of course affluent enough to buy a new car but it isn’t always easy to reach them via online alone.

In a call with Accel’s Fred Destin, he described TV ads as a great way to increase brand awareness, while online is still the place to convert, but that the two work well together. The impact of television advertising, he says, is also more measurable than it used to be in the past and that, perhaps compared to other VCs, he enjoys investing in startups where after finding market fit the biggest challenge is building a consumer brand.

On that note, he draws similarities to another company he has been heavily involved in: Zoopla, the property listings aggregator. As with Carwow, the startup champions the consumer but also had to build partnerships with legacy players on the supply side in the form of estate agents. Destin says, like Zoopla, Carlow’s main consumer proposition is about cracking open the data on pricing and making the buying process much more transparent overall.

Interestingly both Hind and Destin say that in the new as apposed to pre-owned car buying space, Carwow has little or no direct competition, not withstanding the traditional dealerships it also partners with. And it’s those partnerships, along with the Carwow brand itself, that makes the startup’s offering somewhat defensible.

Start-ups are taking over CES
Scroll to top