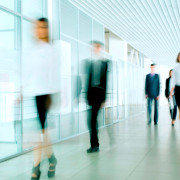 Fruity cargo cult Apple is speeding up its efforts to build an electric car, as interest in its overpriced consumer cash cow contemplates a future trip to the meat-works.
Sources in the Inner Sanctum of the cult have called it a “committed project” and set a target ship date for 2019.

Jobs’ Mob has spent more than a year investigating the feasibility of an Apple-branded car, including meetings with two groups of government officials in California. Leaders of the project, code-named Titan, have been given permission to triple the 600 person team.

Apple has hired experts in driverless cars, but the people familiar with Apple’s plans said its first electric vehicle will not be fully autonomous. Apple wants that to be part of the product’s long term plans, but admits that will take a bit longer.

Apple’s commitment is a sign that the company sees an opportunity to become a player in the automotive industry just as the money made in gadgets dries up. Apparently cars are similar technology in that they need batteries, sensors and hardware-software integration and manic fans who will buy anything.

So far the fruity cargo cult has not said anything, but that means we can expect about four years of hype from the Tame Apple Press. The timing is interesting as that is the period we think that iPhones have lost market share significantly.